After a Javaform JUG meet-up this fall I happened to talk with @matkar (of Javaforum and Jfokus fame) at the pub following the meeting. He very convincingly described how great it is to use lava lamps as a visual tool for showing current build status. Actually, he pretty much insisted that I’d set it up immediately in my current project. Well, it did sound like fun, so I got started. This blog post will layout what you need and how to create your own lava lamp powered visual workspace! 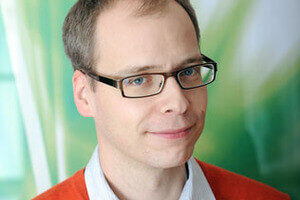 Long time without a post, here’s one that’s long overdue!

After a Javaform JUG meet-up this fall I happened to talk with @matkar (of Javaforum and Jfokus fame) at the pub following the meeting. He very convincingly described how great it is to use lava lamps as a visual tool for showing current build status. Actually, he pretty much insisted that I’d set it up immediately in my current project.

Well, it did sound like fun, so I got started. This blog post will layout what you need and how to create your own lava lamp powered visual workspace!

The build
First, you need a continuous integration (CI) server, also known as a build server. Your project needs one of these anyway, so if you don’t have one in place, this is definitely the first thing to take care of!

In my current project we use Jetbrains TeamCity, but there are a number of free open-source products available as well.

You also need a way to extract the relevant build status data from the CI server. Depending on product there are typically a number of different ways of doing this. I used the RSS feed facility of TeamCity and polled the project’s Atom feed for build status with certain intervals. For more immediate notifications one could probably fairly easy use TeamCity’s Jabber support instead. But this was the easiest thing to setup and use, so I went with that, configuring a RSS feed with status information for the relevant code branch.

The Hardware
Secondly, you will need some hardware. By tradition, lava lamps is the number one choice for signaling here, but one can easily think of other options as well. If you decide to go down the lava lamp light road, try to get something that has a short start-up time. The ones I used take about 1.5 h to warm up (i.e. until they start “bubbling”), which is kind of long. If you have a disciplined team, the broken build will be fixed long before that. I got my lights from the gadget shopTeknikmagasinet here in Sweden, perhaps more expensive gear from a vendor like Mathmos would work better, but I don’t know.

Then, you need some way of controlling the lamps. I did this by using an USB controllable power strip. In particular I used the SIS-PM Silver Shield Programmable Power Outlet Strip which comes with a simple but surprisingly nice GUI for use with Windows computers to control which sockets are on and which are off. It also comes with a Windows command line utility, which was the integration point I decided to use. I do my development on a Mac but the lava lamp solution was deployed on a Windows machine, so this worked out nicely.

For non-Windows deployment there are Linux drivers available for download from the page above, though I have not tried them out. There is also a SourceForge project with software for the power strip.

The Software
The final piece of the puzzle is the software that regularly polls the CI server’s RSS feed and controls the power sockets according to current build status – successful or failed, in order to turn on and turn off the lights.

The code is written in Clojure. It uses functionality from clojure.contrib to parse the RSS XML and call the command line utility to control the power strip. The lightweight scheduling component cron4j is also used, which integrates very nicely with Clojure.

The code and Leiningen project definition file can be found a this GitHub Gist. I use the Leiningen command uberjar to create a runnable JAR, making deployment extremely simple. The code assumes that the two sockets used are namedgreen and red, the strip itself must be named lava. These names can be assigned using the GUI tool shipped with the power strip.

As far as examples of functional programming goes this code is a particularly bad example. Functional programming is much about side-effect free pure functions and this use case is pretty much all about side-effects. But I think it shows rather nicely that Clojure can be used for all sorts of things, including problems like this, perhaps more suitable for script-type languages. Also, an obvious simplification that could be made is to avoid storing internal build state, and instead always update the lights according to the latest polled build-result, even in the case when nothing has changed.

The program is configured through a settings file. This is a standard Java properties file specifying the path to the command tool and two cron expressions. The first cron expression describes when and how often to poll the build server, and the second specifies a time to shut it all down for the day so the lamps get the chance to recover a bit during night when the office is empty.